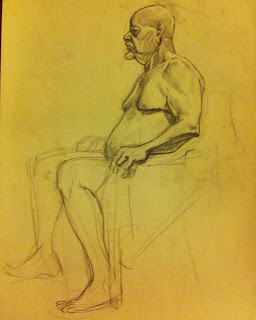 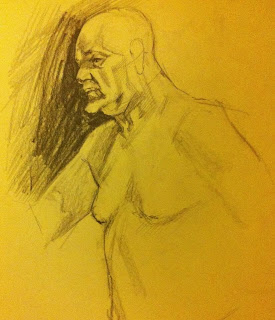 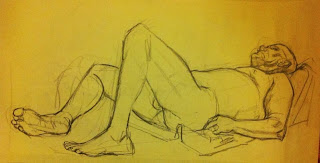 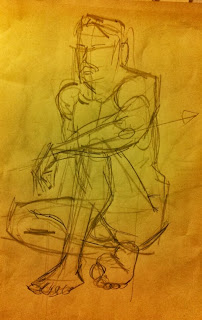 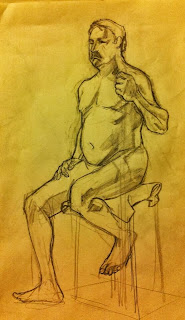 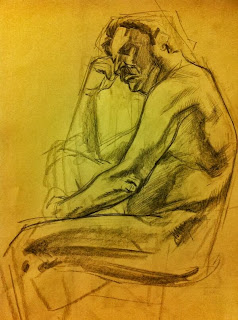 Did this for fun in response to Jean Grae talking about Prince on her Twitter feed.

Read this before I delete it.

I'm going to write this down because it means something, but I don't know exactly what yet.

Besides my illustration work, I teach at an art college. It's a very, very good job. Which is par the course for me lately. My life is basically a string of very good jobs. This is lost on me some times, mainly because that's what we do as people. Take things for granted.

Anyway, my students asked me to bring some of my work in. We're half way through the semester, and I just now got to it. I admit, it makes me uncomfortable to talk about my own work in class, despite the fact that I got the job because of my work. So, I brought some art work and two books to class today. A student picks up one of my comics and says "Man, I saw this un the store! I picked this up and looked at it! I actually picked this up!"

It was so mundane, at least on the surface, that I didn't think about it much. I taught the class, we had a great time, then I left and thought about all the work I have waiting for me at home. I thought about deadlines, not getting to side projects I really want to get to, being tired, and so on. Boo hoo, bummer bummer, I gotta go draw pictures.

As I sat working tonight it hit me what this student was really saying. He was saying, I think, that he held something real that I had made (rather, I helped make). This thing he was looking at was real, and he'd love for that to be real for him some day. Then I remembered that there was a time where I felt that very same way. I recall holding a comic and thinking there were real life people behind those pages. This was a job one could actually have!

And it hit me just how sweet a trick I landed. Bam, right there and everyone sees it.

Fuck me, man. What a world.

I ate garbage once. Did I ever tell you guys that? Well, I did. I won't bother you with the details, cause it doesn't matter, but my mother and I were bad off when I was growing up. So, on a few occasions I ate garbage, or stole food, and she did the same. Now I draw things and people give me money for it. It's real. It's really happening, right here, every day.

People walking into comic shops every where and pick something up I drew.

PS - Forgive me if this all sounds sentimental. I am a little tired, and maybe tomorrow I'll think differently about all of this. Maybe I'll be tempted to delete this and replace it with a fart joke, my usual M.O.

I was lucky enough to be a part of this year’s 24 Hour comic Day at the Pennsylvania College of Art and Design. We had many greats artists on hand making comics, and having fun.

My good friend Mike Manley joined in to work with the students, and my pals Rick Remender and Mike Oeming called in via Skype too! In addition to that, we spoke with artists at schools in California, Colorado, Rhode Island, and even Singapore!

If that wasn’t enough, reporter and illustrator Craig Schaffer was with us for the entire 24 hours to cover the event, and even made his own comic!

Read his article on the event here - http://readingeagle.com/article.aspx?id=516211#.Ultc41HdB7k.twitter 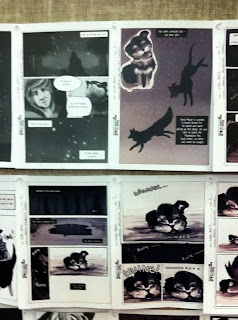 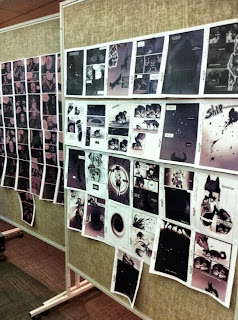 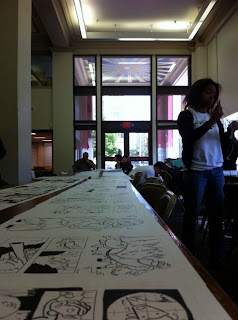 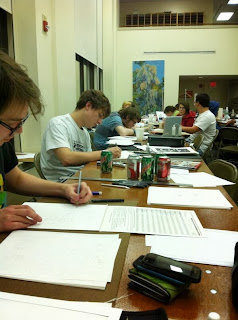 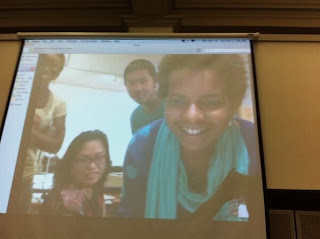 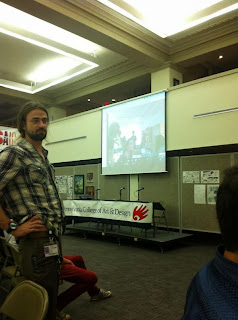 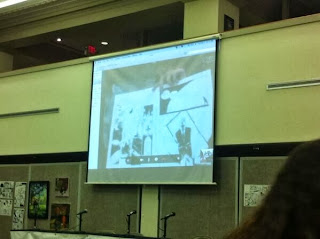 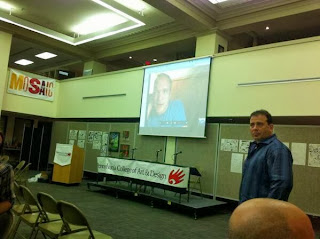 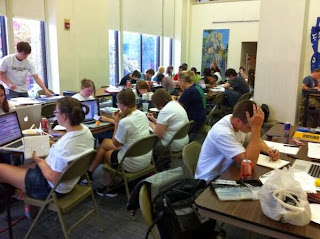 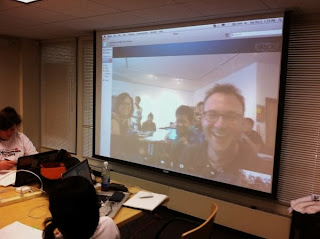 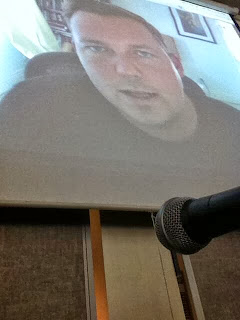 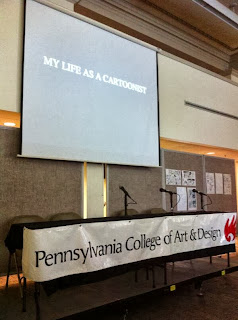 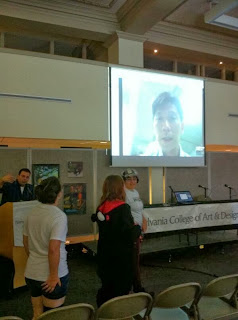 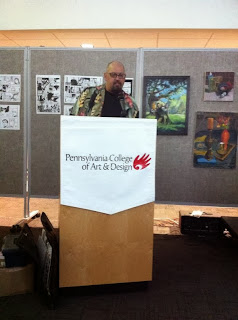 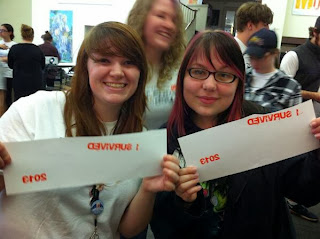 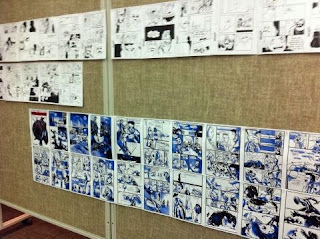 Can’t wait to do it again next. year.

Check out the PCAD website for more info on the school.

best,
Mike
Posted by Mike Hawthorne at 8:24 PM No comments: Links to this post 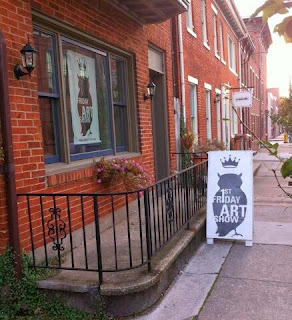 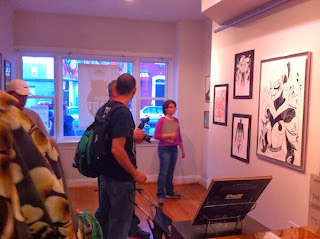 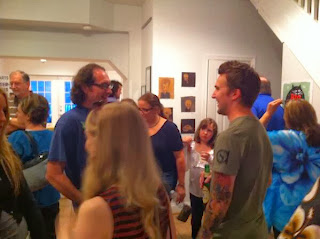 I just wanted to share some images from the 100 Miles of Illustration show opening at The Parliament gallery.

Thanks to everyone who came out and made it a great night! Special thanks to The Parliament crew for having me.

Posted by Mike Hawthorne at 4:45 PM No comments: Links to this post

First Friday at the Parliament: 100 Miles of Illustration

Enjoy this sneak peek Vine vid for a piece I created specifically for the 100 Miles of Illustration show. It's a concept piece for Oms en Serie Vol. 2, my french graphic novel for Ankama.

If you're near Central PA, you should check it out. More info at the show's event page.

Hope you see you there. 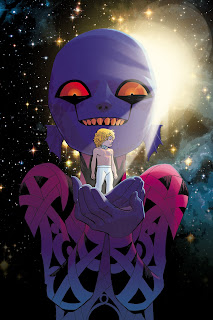 I just found this out today!

"For your information, the graphic novel "OMS en série" volume 1 has been chosen for the 14th ADOlire prize for the 7th and 8th grade students for the Morbihan territory. The “Centre Departemental de Documentation Pédagogique” du Morbihan, in partnership with the regional assembly offers several animations to young readers during the academic year around the selected works."

I'm honored! Thanks to everyone who has supported the book. Volume two is in the works.