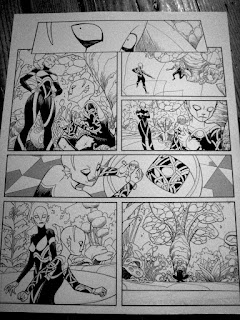 Remember that "Disturbing cover" I posted about a few weeks back? Well, I can finally reveal it in all it's gory glory. It's a variant cover for my pal Brian Keene's comic series "The Last Zombie".

Brian knows a thing or two about writing and Zombies and writing Zombies. Hell, if I remember correctly, even The Walking Dead's Robert Kirkman credits him with helping bring back the genre!

Brian is a successful, Bram Stoker award winning novelist, but is also a true fan of comics. He's even written for both Marvel, and DC. The Last Zombie is all his though, and mixes all the things people love about Brian into comic book goodness. Support independent comics, go tell your local comic shop to order a copy, or you can order online.

And, for all you process zombies, here's the cover step-by-step. 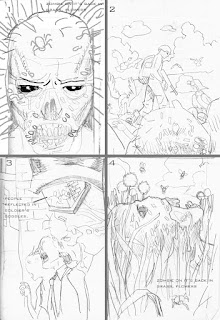 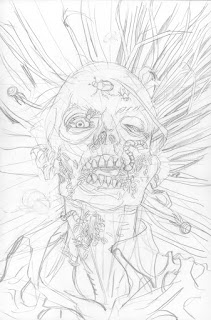 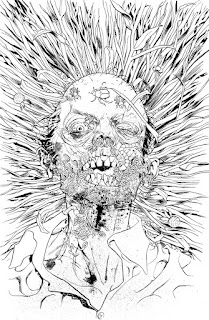 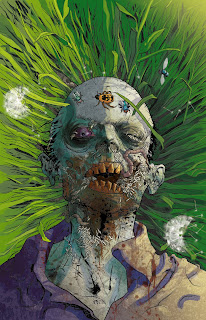 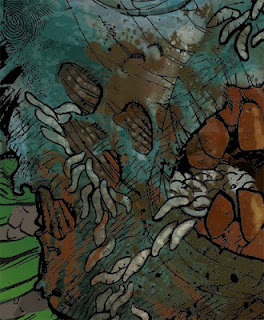 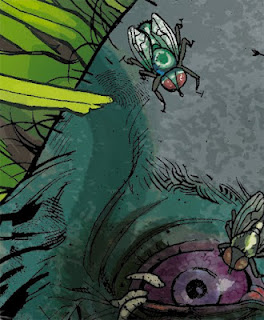 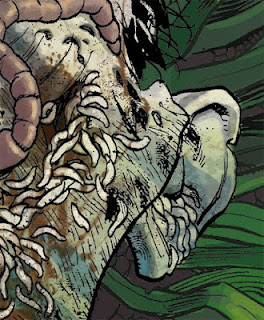 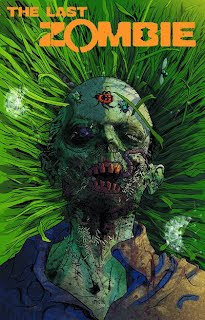 Hope you enjoy it!, 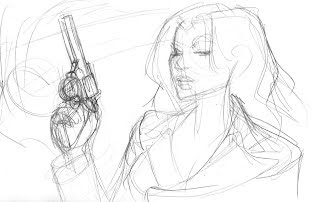 Do you like seeing artist's sketcbhooks? Yeah, me too!

So for those of you who'd want a peek into my sketchbooks, I'm planning to make a free downloadable sketchbook available some time in June. I want to keep it simple, a PDF with a bunch of high resolution scans of my work for you to enjoy. No strings attached.

The digital sketchbook will be around 15 to 20 pages, and hopefully released every two to three months. My plan is to lead up to a print version with material not in the digital versions.

Still looking into the best way to host the file and make it easy to download, as it may be fairly large. . So in the meantime if any of you web-savy folks out there have a favorite site for hosting files for free then let me know in the comment section. 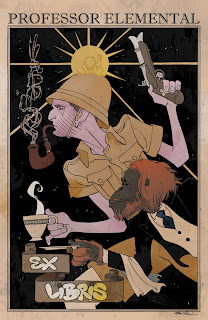 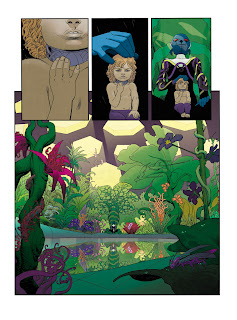 Posted by Mike Hawthorne at 9:21 AM 6 comments:

Hip Hop artist Jean Grae talks comics with MTV, & they feature my art with it. Check it out. 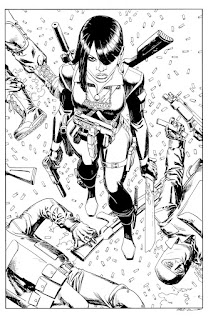 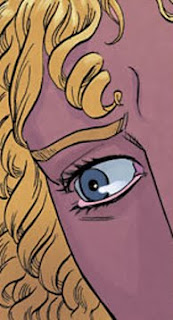 The Quakers: One that got away

In this business you sometimes get into a project that you love, but for reasons beyond your control the thing fizzles out. Usually it's not for any malicious reason, but rather things just don't work out. Simple.
This post is about one of those projects.

A while back I was contacted by Stones Throw's art director Jeff Jank about coming up with visuals for a project they were developing with Portishead’s Geoff Barrow. I'm a big fan of Stones Throw (who put out the hip hop classic, MADVILLIAN) and Jeff Jank (Go see his brilliant art for Madlib's QUASIMODO), and LOVED the idea behind QUAKERS!

After discussing it with Jeff, and hearing the track "Fitta Happier" with rappers Guilty Simpson(!!!) and M.E.D.(!!!) I was hooked. Jeff was clear that they didn't want any glamor shots, and my gut told me to approach it as a modern reinvention of various mythologies from around the world. The producers and record label all dug the idea, but I was very early on in figuring out how to approach it when it was decided the QUAKERS wanted to try a different approach.

I would have loved to take this all the way, but it wasn't in the cards. All was amicable, and we parted ways promising to work together on something soon. So there are no hard feelings. In fact, I'm kinda happy about it because the project pushed me to think about my work as it would relate to music. It forced me to think about how I might visually interpret a song.

So for that I'm grateful to Stones Throw, Jeff Jank, and the band.

My plan is to pursue the idea of a new world mythology (minus any reference to the QUAKERS of course) and make a series of prints, or maybe a book. 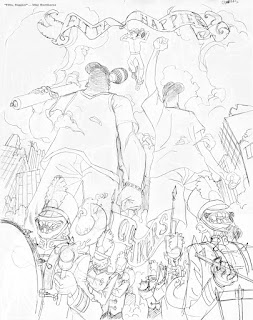 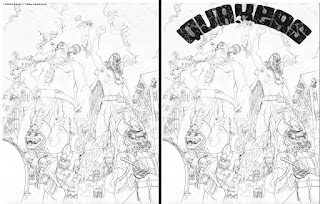 If you're a Portishead, or Hip Hop fan, definitely keep and ear out for THE QUAKERS. It sounds amazing!

Dark Horse has announced the last cover for the Mass Effect: Homeworlds series, so I can finally show you here how all four covers will look together.