New Sketchbook on the way!

Frequent visitors to the blog will remember my plan to release a sketchbook, either a printed book or a digital file or both.

After mulling it over for a while, I had decided on a free digital sketchbook.  But after discussing it with the wonderful Olivier Vatine he suggested I do a print one through his Comix Buro collective.  He sent me some of the sketchbooks and I was bowled over by the amazing artists involved (including him!), the production value, and top shelf design! I was completely sold on the idea, and decided to focus on that one before releasing the digital version. (You'll still get a digital sketchbook, just at a later date than I had planned)

Curious about the sketchbooks? Check out the Comix Buro blog for some pictures of the actual sketchbooks.

Now, they will be partly in French, and I'm not certain of how we'll work out  the shipping to the US, but I will find out and report back when I have news. Right now we're packaging up the book it's self and getting it ready for printing.

Here are some sketches for the cover. Olivier and I discussed using the Comix Buro logo/cover girl in the book, and I liked the idea of combining her with the classic Rosie the Riveter image. 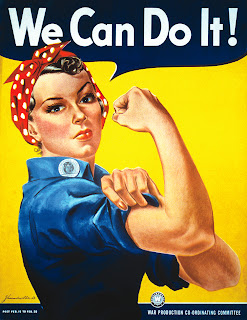 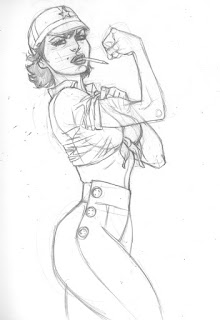 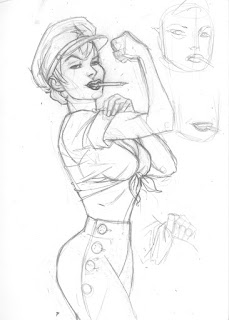 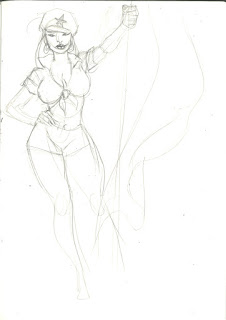 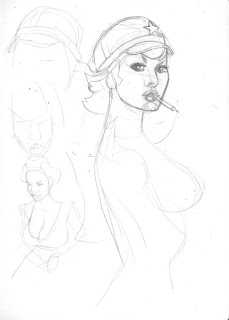 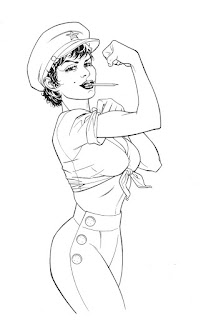 Just keep us posted on when they're available in the US. I am so there.

Gahh....I get pulled away for work for a week and this happens? Gersh.

Cannot wait for this to be available! Please update when we are good to order this. Bookshelf space awaits.